About Firmin Lodge and Kawerau

Kawerau is renowned for its friendliness, great sense of community, wonderful climate and its strong Maori Heritage and has the distinction of being one of the youngest towns in New Zealand.

Founded in 1953 the township has been well planned with plenty of parks and reserves, wide tree-lined streets and a leisurely pace of life.

Initially developed to cater for the pulp and paper industry, Kawerau’s geothermal capacity and access to an abundance of natural resources led to diversification and the establishment of specialised industry of industry. Kawerau’s unique business environment makes it the logical site for sustainable industrial development.

Enjoy plenty of parks and reserves

Explore many surrounding adventure activities in the nearby region to Kawerau. 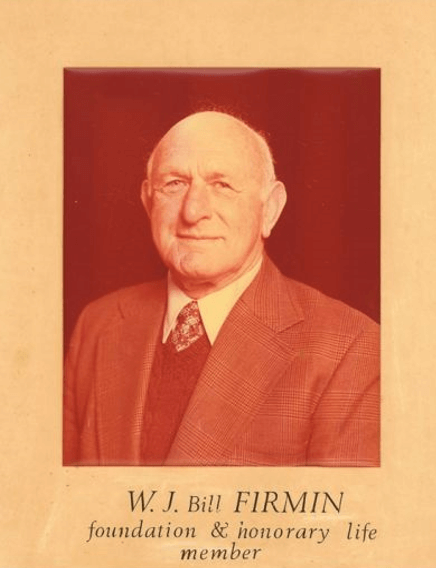 Firmin Field is the home of a number of major events in Kawerau and earned it’s title from the town’s first constable. Constable William James Firmin was transferred to Kawerau in 1954 from Wellington. Bill and wife Sis or Cis Firmin, arrived shortly after the police station in Bledisloe Street was built. Firmin had joined the police on 18 May 1943 and was to retire on 27 October 1978.

A keen rugby player, he had been chosen to represent Wanganui in 1932 and Wellington in 1943 and 1944. Later he became a senior rugby referee. In 1940 he rowed in the New Zealand champion eights. Bowls was another game at which he excelled.

Firmin was appointed to the first Kawerau Advisory Committee in 1955. While stationed in the town Firmin took an active interest in the young people of the district. He was instrumental in having an area off River Road established, a reserve set aside for sports and recreation centre, later to be named – Firmin Field. Bill was influential in the community helping establish the Kawerau ‘Red’ Rugby Club. Which had it’s clubrooms at Firmin Field. He held several positions at the club; being secretary in 1955 and President in 1958 until 1959.  He was a foundation member of the Kawerau Bowling Club and was the Green Superintendent in 1956 and 1957.

He served on the Kawerau Advisory Committee from November 1955 until March 1959. Bill was transferred to Khandallah in Wellington in 1959, his legacy lives on. He received the British Empire Medal in 1966. On 5 October 1971 he was awarded life membership of the New Zealand Council of Sport. 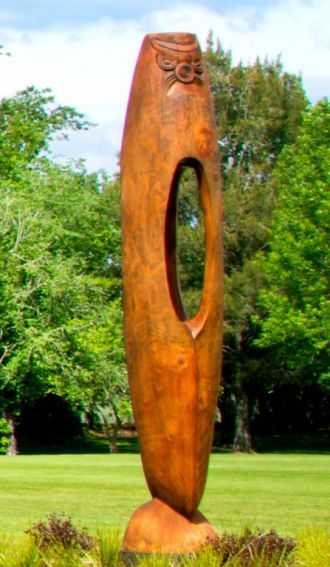 As you drive towards the Lodge on arriving, you will be warmly greeted by Firmin Lodge’s treasured Taonga. Majestic in its presence and standing over 3 metres high, the Kawerau Koauau has a story to share all of its own.

Starting its life as a Cedar tree growing nearby at Tarawera Park, in 2015 it was felled and rather than destiny as firewood was transformed at Kawerau Woodfest into its current form. The koauau (or Maori flute) was carved by Tai Meuli who unlocked his creative inspiration after talking with locals around the significance of Pūtauaki to the region. A combination of legend around the use of a koauau (by Pūtauaki the person; to call his partner back) and how when the southerly wind (blasts up the Tarawera Valley), which makes a sound much like the koauau, were both deemed fitting reasons for the selection of this carved taonga (treasure) to be the welcoming piece at Firmin Lodge.

Carved using ancient waka (canoe) building techniques; by using a fire to create a well with the charcoal embers gradually carved out of the heart of the timber, eventually creating the hollow mouth piece of the flute. The carved inscription was produced by local carver and friend of Tai – Dallas Toko. A worthy demonstration of collaboration to create this unique carving.

A night time viewing in itself is well worth the time to observe, as the revolving lights bring the taonga to life as it morphs through a series of hues. For us it’s a striking statement in calling the people from across the globe via the four winds; to come to Kawerau.

Explore and get away
to Kawerau